How did Konduto help EBANX avoid more than $ 2 million in fraud in just 8 weeks?

If you subscribe to Spotify, download games on PlayStation Network, book a room with AirBnB or have already made purchases on sites like AliExpress or Wish, you know who we are talking about. EBANX is a company that has revolutionized the way Brazilian consumers buy online. The institution, which was founded in 2012 in the city of Curitiba, broke down huge barriers that made it difficult or impossible for a Brazilian customer to make purchases on foreign websites and started offering local payment methods in international e-commerces. 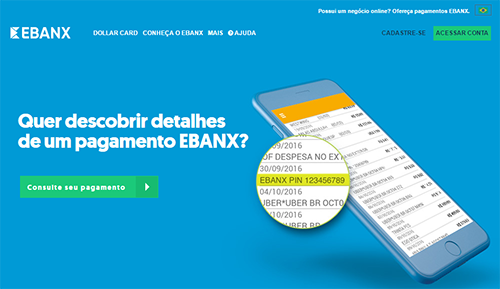 Before EBANX, a Brazilian could only make purchases on foreign websites if he/she had an international credit card. The company “opened the world’s doors” to the Brazilian e-consumer, allowing international payments with no need of international cards.

The global financial group, with Latin DNA of entrepreneurs Alphonse Voigt, João Del Valle and Wagner Ruiz, expanded its operation to four more Latin American countries in 2015: Mexico, Colombia, Chile and Peru. In the same year, EBANX celebrated the mark of 10 million Brazilian customers – that is: 50% of the total number of Brazilians who have already made at least one purchase on sites outside the country. The company has processed more than 60 million transactions and serves more than 300 sites worldwide.

Challenge: stop fraud and not harm the good customer

EBANX had an exponential growth in the Brazilian market in a very short time. The company evolved, the number of customers increased and the number of transactions processed increased even more. But there was a problem, and the explosive growth brought a danger to the door: purchases made with cloned credit cards. Susan Pastega took over management of the company’s risk area in 2015 and quickly spotted this threat.

“The challenge was to stop the fraud attacks at a large online gaming store. This store alone accounted for 80% of EBANX’s chargebacks. A great reputational risk was at stake, in addition to the financial losses associated with potential fines”, says Susan.

Until then, the risk analysis of transactions processed went through levels of authentication (validation of CPF, internal limits imposed by the Central Bank, etc.) and checking the blocked contact lists. “In addition, a manual purchasing analysis was implemented for some merchants. None of this has, however, managed to stop attacks from larger frauds,” recalls the manager of EBANX.

It wasn’t easy to stop scams on this client, especially since EBANX could never take the risk of blocking legitimate sales from gamers who were more than willing to pay for the content. EBANX sought out Konduto. And Konduto, who loves games, loves challenges and loves stopping scams, didn’t hesitate to accept. 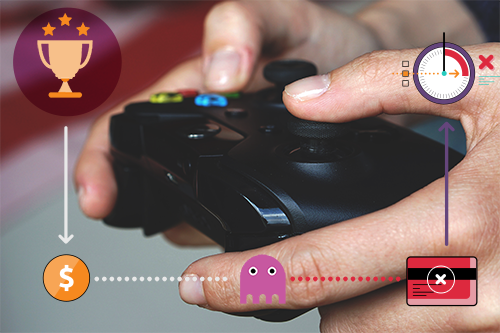 Konduto understood the urgency of EBANX to improve the results and leave the monitoring programs of card companies. We knew that the challenge would be enormous and very peculiar, especially due to three factors: the purchase via console (and not a website), the high recurrence of purchase of good customers and the need for immediate approval, with no margin for derivation of orders to a manual review queue.

From the very first moment of integration, we had the competent EBANX team for the project. And, no wonder, the first results did not take long to emerge. “The integration process with Konduto was smooth and fast. In our case we had to collect the actual results after the 90-day chargeback maturity for the merchant to approve the pilot. Once approved, we began to reap the effective results of using the tool. Immediately after generating the first risk models we could see how much the tool was assertive, because it identified the change in fraudsters’ modus operandi,” recalls Susan.

In about two months with Konduto, EBANX had a reduction in the chargebacks index and savings of more than $ 2.3 million in avoided fraud. In just two months! And, of course, the partnership has only strengthened over the last two years.

“We have more than 30 integrated merchants, and with super-controlled chargebacks – much smaller than the level of monitoring required by the credit card brands. Konduto was agile, connected to the market and had a great sense of urgency. It is an ideal partner to our business model and I would certainly recommend it to other e-commerces,” concludes Susan. 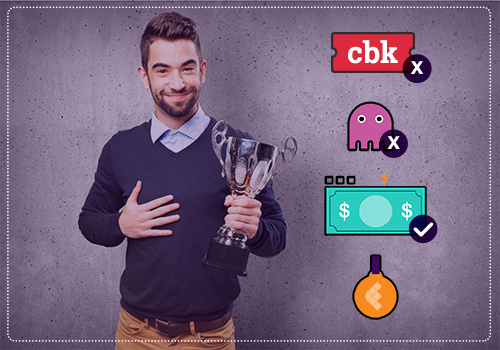 Savings with fraud
$ 2.3 million of avoided fraud (in just two months of operation)

Chargeback rate
Controlled, below the level of monitoring required by credit card brands

Trust
After 2 years, the partnership already has 30 integrated merchants

**Would you recommend Konduto? **
“Of course! A key partner in our business model, Konduto was agile, connected to the market and had a great sense of urgency,” says Susan Pastega.

We are a startup developing an innovative technology to bar e-commerce frauds. Our intelligent anti-fraud monitors the client throughout his purchase journey in your site and evaluates the transaction in real time – our answer is given in less than 1s! We detect only the purchases that are really suspicious, approving more orders and reducing the costs with frauds. Send us an e-mail on hi@konduto.com