Fraudster scams airline and travels for free for 4 years 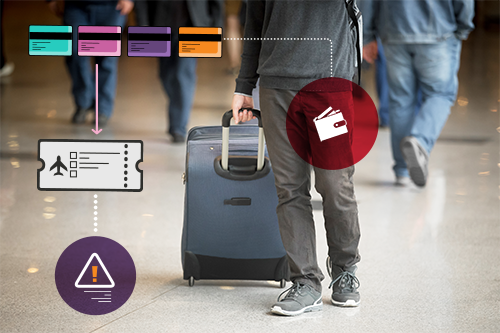 A 49-year-old man is being prosecuted and may be sentenced to up to six years in prison for fraud to an airline in Argentina. The accused, a translator and computer technician, made almost 30 trips (national and international) without spending a single cent: all of them had been made with tickets purchased with cloned credit cards.

The case, which has been disclosed by the Argentina press in recent months, is expected to go to trial soon, although it took place between 2008 and 2012. According to several local newspapers, the accused purchased tickets through the airline’s website hours before embarking, preferably on weekends or holidays. When the victims received the bill and requested the cancellation of the purchase, days later, the fraudster had already traveled.

Most of the “VIP scammer’s” trips involved the Argentine city of Cordoba, where he lived. However, the suspect has issued tickets to other cities in Argentina, as well as destinations such as South Africa, Germany, Brazil, Bolivia, Chile, the United Arab Emirates, USA, France, Mexico, Panama and Peru – not surprisingly, he accumulated several points and became a “platinum” passenger of the company.

The Argentine scammer’s modus operandi was to buy tickets on weekends, if possible for the first flights of the day. He also took a number of precautions, such as issuing one-way tickets (so that he had no problems with his return if the company detected the fraud) and acquiring only one fraudulent ticket at a time. The “VIP scammer” always used his real name and document number, changing only contact data, such as email and telephone.

The case took nearly four years to be found out – this was only because, after so many purchases, the name of the scammer became “familiar” to some of the company’s operations employees. A quick search allowed the company to discover several fraudulent purchases under the same name.

When he learned that an investigation was under way and he had been blacklisted by the airline, the defendant volunteered and offered to repay the accumulated debt. But he imposed an (unusual) condition: that the mileage program points were not withdrawn. The “VIP scammer’s” negotiation did not work out, and a lawsuit against him was opened. The trial will take place soon.

We are a startup developing an innovative technology to bar e-commerce frauds. Our intelligent anti-fraud monitors the client throughout his purchase journey in your site and evaluates the transaction in real time – our answer is given in less than 1s! We detect only the purchases that are really suspicious, approving more orders and reducing the costs with frauds. Send us an e-mail on hi@konduto.com!